Although a newly crowned Super Bowl Champion back in February, Kansas City Chief Travis Kelce is more than just a Super Bowl champion to many children served by the afterschool program Operation Breakthrough in Kansas City. Kelce has supported Operation Breakthrough through his foundation 87 and Running since 2015 specifically introducing students to the world of STEM focused opportunities including a robotics program. In August, after getting a new contract extension and talking about his own personal growth, Kelce took his afterschool investment even further when he announced a new initiative to offer Kansas City’s inner-city teenagers the same opportunity for growth — in whatever careers they might choose. In a partnership with Operation Breakthrough, Kelce is purchasing a building with plans to turn it into a working space for teenagers in which they will have the opportunity to “explore careers in STEM, launch their own entrepreneurial ventures and gain real-world experience.” Kelce’s new venture will be called Ignition Lab powered by 87 and Running. Kelce truly exemplifies the word champion in every way-a champion for his city’s kids and a Missouri AfterSchool Network Statewide Afterschool Champion!

Senator-Elect Roberts has served four years in the Missouri House of Representatives and was recently elected to the Missouri Senate to represent District 5 in the St. Louis region. He is a graduate of Pepperdine University School of Law and a commissioned officer in the Missouri Air and National Guard. After the events in Ferguson he gave up a corporate job to return to serve his community as a prosecutor for the City of St. Louis. But part of Robert’s journey to the Missouri Senate was the time he spent in the afterschool program that he attended throughout elementary school.

“As a resident of STL I know all too well the effects on underserved communities when such vital opportunities just aren’t available to them. That’s why I will always fight for afterschool programs for all Missouri children,” said Roberts.

Kayla Hahn currently serves as the policy director for Missouri Governor Michael L. Parson. In that role, she assists in preparing the Governor’s legislative policy agenda and recommended budget, along with working with cabinet members and state agencies to advance the Governor’s administrative priorities. In addition to her role in the Governor’s office, Kayla serves as a commissioner on the Midwestern Higher Education Commission where she is a member of the executive committee and the Ad Hoc Committee on Governance. She is also a member of the Southern States Energy Board.

Through all the challenges of the pandemic, one of those rare benefits is that it has forged new relationships. During this time, Missouri AfterSchool Network has advocated for afterschool programs’ access to COVID relief funding and for regulatory licensing relief as programs fought to stay open during school closures. Kayla has been accessible, fielded our questions and advised us through multiple phone calls. Though not all of these challenges have been resolved, Kayla’s skills and leadership have helped to prevent closures of afterschool programs and have served the children of the state of Missouri. We appreciate her dedication, attentive listening, and decisive action to help bring together stakeholders and find solutions.

2020 Program Partner of the Year 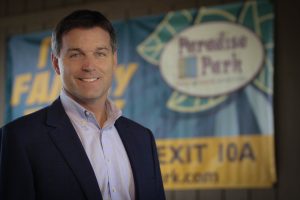 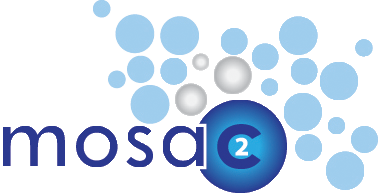